In August I took part in a contest of THE SARTORIALIST Scott Schuman. The question was: What is the item of clothing that you dreamed about the most but never actually ended up wearing? Here is the slightly extended version of my answer:

The item I dreamed about but never wore was a very special black dress. It was inspired by the black dress my maternal grandmother wore at her wedding in 1928: 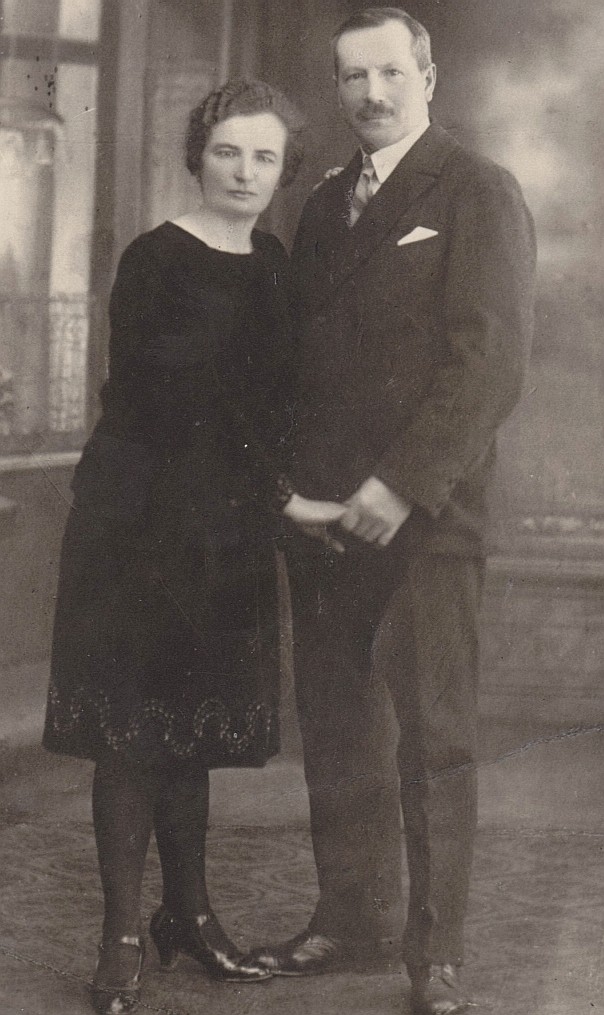 I first saw that picture when I was a four or five year old child. I remember very well my astonishment: Brides always wear white gowns (and there were many brides in the family album, dressed in perfect white), so why did she wear black?

Since I could remember I felt like a kind of stranger in my family; as if I didn't belong, the ugly duckling. I stared so many times at the wedding picture of my grandmother and imagined my own marriage to-be also in black. For the little granddaughter the black wedding dress was full of symbolism, in equal measure a symbol for the commitment to one's own individuality (to wear black when one should wear white) and for the possibility to lead a 'normal' life even as a stranger (to belong, to be married).

Through my adulthood I occasionally wore and wear the famous little black dress. Although some of these dresses were really gorgeous, they are long forgotten. I never married, so none of my black dresses could have been as magical as the black dress my grandmother wore as a wedding gown.

Decades later I came to the possible explanation for the colour of her dress: She was a 33-year-old spinster when she married my grandfather, a widower in his mid-forties with 4 children. When he remarried in late autumn, the traditional year of mourning after the death of his first wife in May wasn't formally fullfilled, which was a scandal in those times. When I heard about that, I began to understand: Maybe my grandmother wore black as a kind of reverence for the dead former wife of her husband.

So the black-instead-of-white wedding dress was no act of rebellion, but one of modesty.