He played an important role in my life. Not the first man I fell in love with, not my first lover, but the first who was my companion for some years.

He was sharp witted, very tensed, cynical, had almost no friends, a loner like me, who read a lot, a cinéaste, living in a world of fiction. He very rarely spoke. My friends tried to bring him out of his shell, but failed. They regarded him as weird.

Not in my eyes, he was my darling: difficult, morose / But still my darling.

He lived in the night, I live in the days, so we only shared rare moments together. He could be mean with his time, with his love, unable to care for others. He was alone before we met, he betook to solitude after I left him.

… and the gods that he believes never fail to disappoint me. 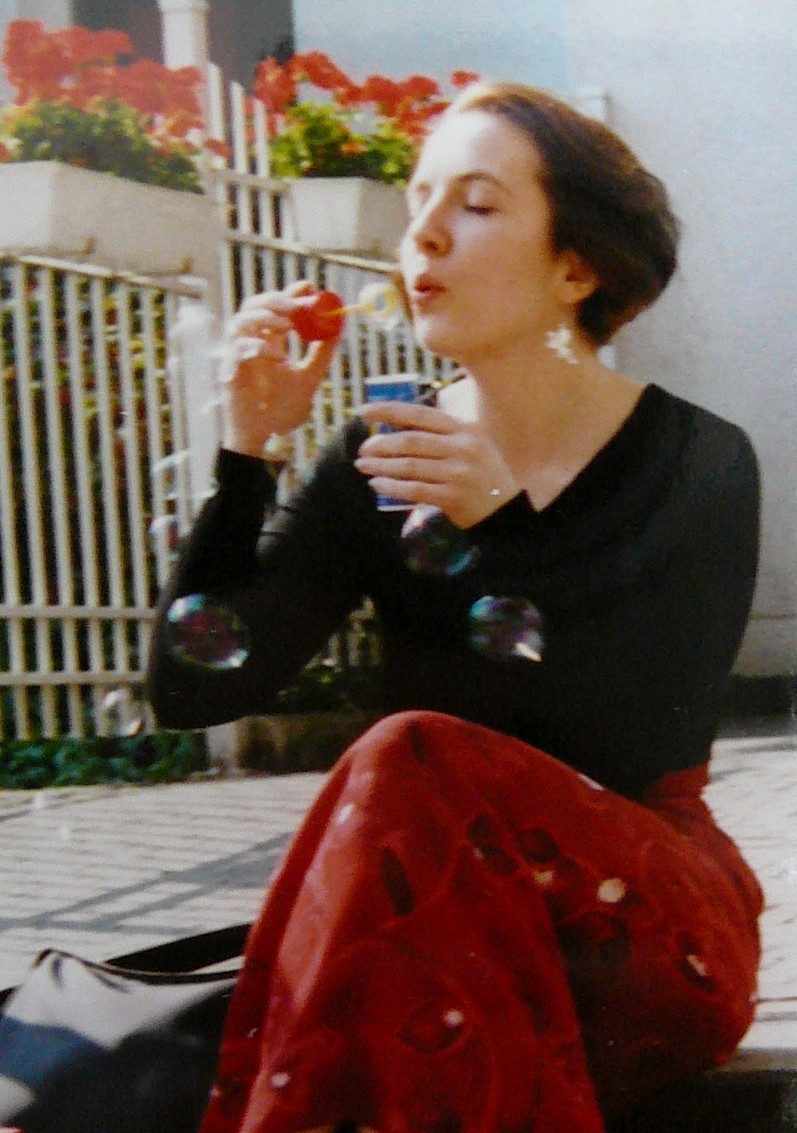 This picture was taken by G. in 1997. As far as I guess he would
dislike a public pic of him, so I choose his image of me for my dedication.